The problem-solving court approach is one that had been rapidly growing nationwide throughout the justice system over the last few decades. The most commonly known problem-solving court is the drug-treatment court but a wide range of specialized courts including mental health, juvenile, domestic violence, reentry, etc., are being developed to specifically address the underlying issues related to criminal behavior. These courts work across disciplines and with other institutions to deploy interventions that treat the offender while also holding them accountable for criminal actions. 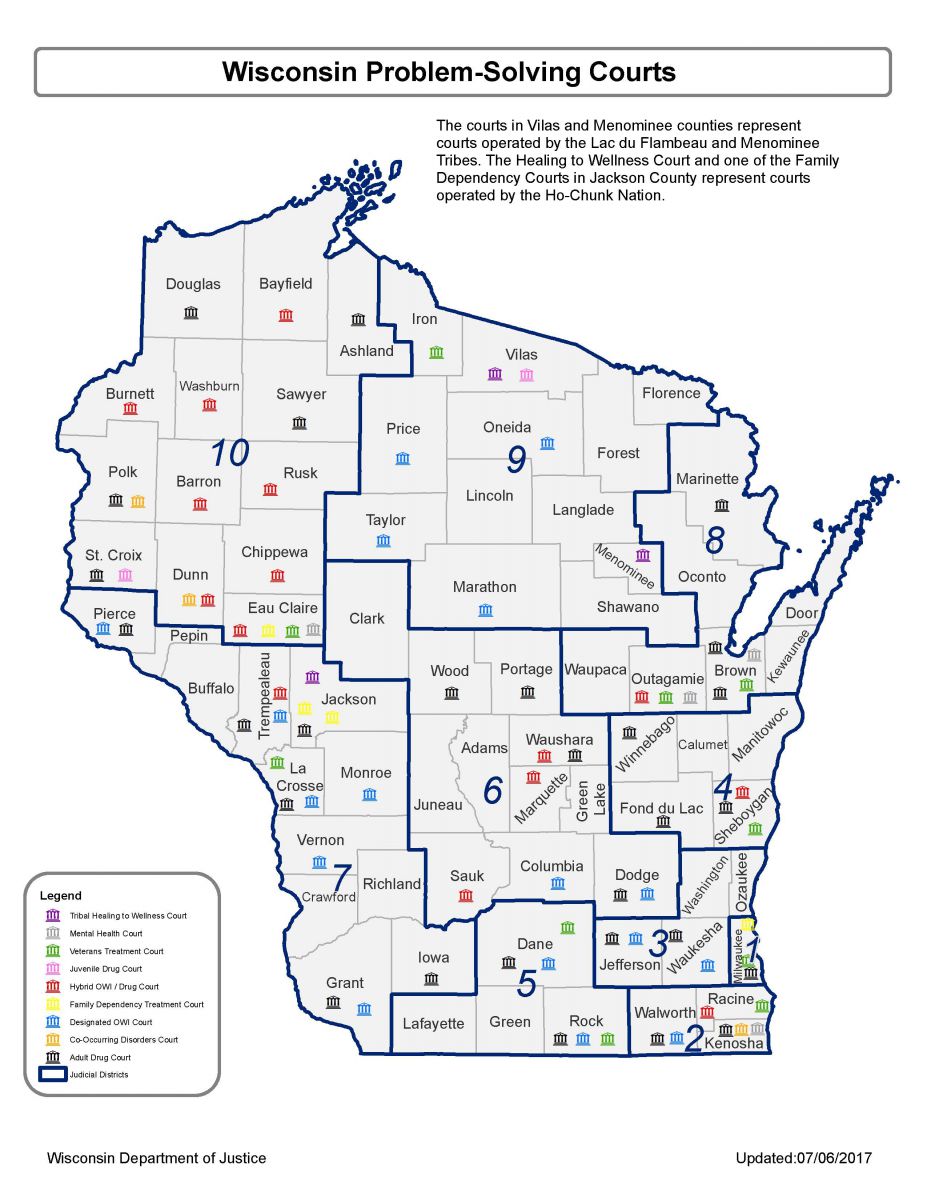 The charge of the CJCC’s Problem-Solving Courts Subcommittee is to research, evaluate and promote innovative criminal justice programming utilizing specialty courts and other judicial initiatives to address specific criminogenic behavior in order to reduce recidivism and improve public safety.